AVK Saudi Valves Manufacturing Co. Ltd. (AVK SVMC) was founded in 1985 in Jeddah, Saudi Arabia. AVK SVMC has more than three decades of solid experience in manufacturing and supplying of valves, fire hydrants and a wide range of accessories for industrial and public utility services in Saudi Arabia. Since its establishment, the company has grown significantly and flourished successfully in the market.

It all started in 1985, when AVK SVMC established a partnership with Issa Bin Laden, a member of a family that owned and controlled one of the biggest companies in the Kingdom of Saudi Arabia. This partnership between AVK SVMC and Issa Bin Laden came to an end in 2001, when AVK bought the shares owned by Bin Laden, thus rendering AVK SVMC the sole shareholder of the company.

Throughout the 1990s, AVK SVMC diversified its production to include fire hydrants. As a result, its supply of valves, fire hydrants and accessories grew immensely in both the export market as well as the local market. Furthermore, during this time, exports to the GCC countries, neighbouring Saudi Arabia, increased. This led to an opening of an AVK office in Dubai, UAE, in 1998, in order to improve customer service in the GCC countries.

After that, AVK started manufacturing more valves of different types and fire hydrants to be used in the industrial sector, including series 24 wet barrel hydrants and series 45 gate valves, all in accordance with ANSI & UL/FM standards. This enabled AVK SVMC to target the fast-growing oil and gas industry in Saudi Arabia. As a result, in 1999, AVK SVMC obtained an approval from ARAMCO to supply valves and fire hydrants to all its sites.

In 2014, AVK SVMC further expanded its Jeddah factory to boost local production capacity to meet the growing demands in the region. Over the years, AVK has manufactured more than 700,000 valves and 100,000 fire hydrants in Saudi Arabia. The production has increased yearly in line with the rapid development of the water and fire industry in the Kingdom.

AVK Saudi employs around hundred and fifty people with different backgrounds and nationalities. The company is determined to provide equal opportunities to both males and females that are recruited through various Saudi graduation programs.

To know more about the company, please download the company profile below 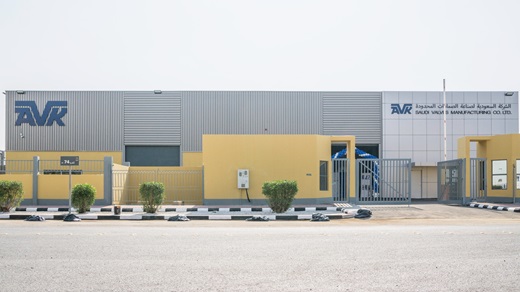 Overview about AVK in Saudi Arabia